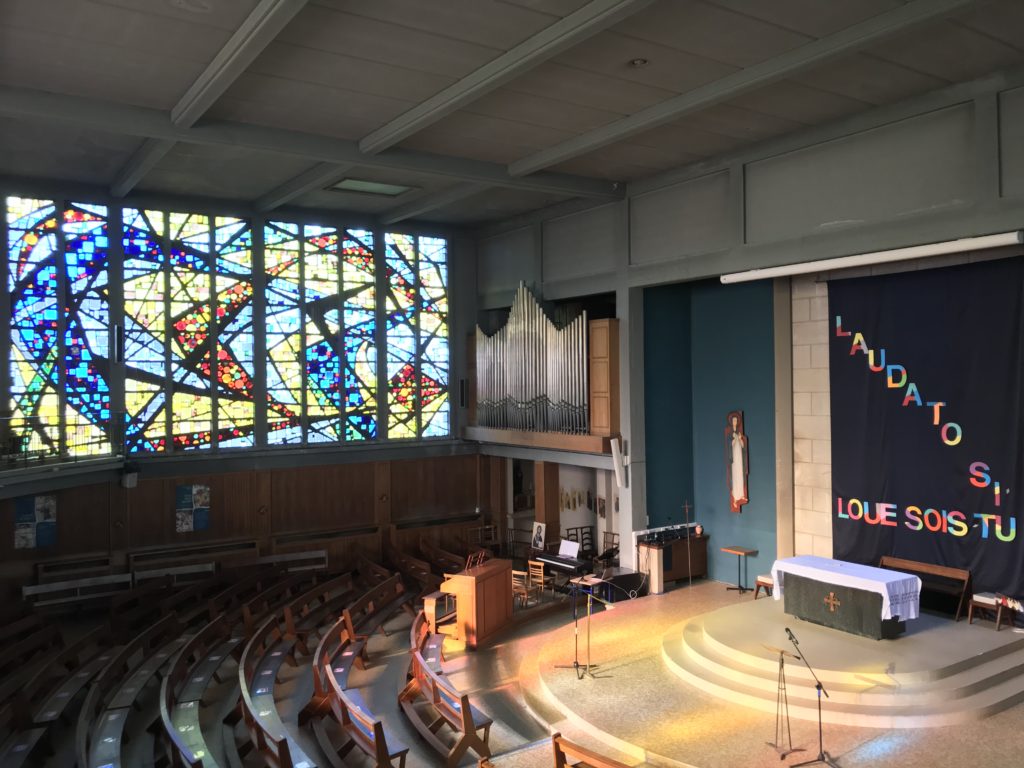 The Chaplaincy offers a variety of activities to help everyone find their place.
Catechesis and preparation for First Communion and Baptism (over two years for the latter) are organised for all levels.
Every year, all the pupils are called upon to participate, on a voluntary basis, in humanitarian actions with associations such as Restos du Cœur, SOS Bébés, Secours Catholique, but also to help schools and orphanages in Madagascar and Haiti

In addition, students who wish to do so can also carry out actions with the residents of the Little Sisters of the Poor, notably by preparing gift boxes for Christmas.

While respecting the freedom of each person, our desire is to help the young people entrusted to us to become “standing men”.
We strive to involve the young people in the celebrations and have set up an orchestra that brings together some of St Jo’s students and staff.

*“The standing man is he whose spirit, totally free, commands his sensitivity and his body. He despises neither one nor the other, both are beautiful and useful because they are made by God, but he masters them and directs them. He is the conductor; they are the servants.”

From Grade 7 onwards students can prepare for their Profession of faith, those in Grade 9 can receive the sacrament of Confirmation. In addition, pupils in Grade 8 and 9 may take part in “C4/3” groups, meet other young people from the diocese during gatherings or special events, meet speakers (Catholic Committee against Hunger and for Development, etc.).

Grade 8 and 9 students who wish to do so can represent their class as Ambassadors for Peace.

The following activities are offered to High school students: